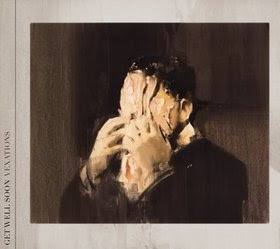 A concept album of sorts – “about the feeling of calmness, after managing vexations, the album isn’t about vexation itself, it’s about dealing with that vexation” says its author – its title is taken from a stirring piece of piano music by Erik Satie, first printed in 1949. That piece will become a sort of leit motif on the album.

But perhaps what marks this album out as truly extraordinary is its musical intelligence and lyrical points of reference. Throughout there are signposts sending the listener off in directions to learn and understand more.

“It’s a lyric patchwork,” explains Konstantin. “Once I had decided on my topic for the album, I researched it and then put quotes together from the books I was reading around the subject and then I merged my own lyrics into them, that was my concept of writing this album. I bought this notebook and collected all these quotes. The album will come with a reproduction of the sketchbook, I thought it would be interesting to show my workings, how the album came about, the process behind it.”

The idea for the album was sparked by Seneca the younger, the Roman stoic philosopher who was ordered to take his own life by Nero and made a spectacle of his suicide. He wrote books entitled On The Shortness Of Life, On Tranquillity Of Mind and On The Happy Life. “They could be the album’s subtitles,” says Konstantin. The track Seneca’s Silence, itself, asks what are you thinking? Why are you doing what you are being told?

The song We Are Free is built around the Stoics’ idea of liberation, “you’re only free if you can give up the things you love at any moment, that’s the price to pay” he explains. “It’s a brutal type of freedom, and I tried to think gently about that.

The album also takes inspiration from Sartre’s Nausea. “To me,” he explains, “ that losing the sense in everything like Sartre does, that was an image of growing up, of finding your own perspective and losing the one you learned as a child. The sounds of the forest you hear at the beginning of the track Nausea, that forest is behind my parents’ house, I used to play there as a child, and the album is also about stepping out of the forest metaphorically, about stepping out of that childhood, and of course with that, the problem starts.”

Red Nose Day deals with the fact of trying to live your life, but having to do something to survive, wanting to follow your dreams but having to work for a living. There is real drama and conflict within the music. A Voice In The Louvre meanwhile replicates the sounds of the big halls of the Parisian gallery. “It’s like a choral,” he explains.

5 Steps… 7 Swords deals with death, and our inability to deal with what becomes to us after death. Gropper became disappointed when the scientific texts written on the subject gave the same answer as the spiritual ones – “they tell us everything will get better after death,” he explains, “but we don’t really know and I am still afraid.”
The five steps of the title refers to The Kübler-Ross model of the five stages of grief introduced in Elisabeth Kübler-Ross’s 1969 book, On Death and Dying. The five stages are denial, anger, bargaining, depression and acceptance. The seven swords, meanwhile, refers to the seven swords seen to pierce the Virgin Mary’s heart in Catholic iconography.

After the We Are Still… interlude – “a time to reflect on what has happened” – comes Werner Herzog Gets Shot. “There’s a youtube video which has that title,” Konstantin explains. “He got shot during an interview with the BBC, and it’s an example of how he makes art. In all his films he risks his life, he says, your own life is not important when you want to do art, there is no excuse, you are not as important as the art you create. The song has a lot of harmony to it, but I tried to disturb the harmony, to represent how Herzog works all the time, he’s showing how the harmony of the world is being intruded.”

Of That Love, he says, “it is a pretty simple love song, but it is also about the burning of Rome and Moscow, how the inhabitants set their own cities alight, Nero set fire to Rome because he wanted to build a new palace, and the Moscowites because they didn’t want Napoleon to invade the city. The song explores the notion of having to destroy yourself in order to save yourself.”

Elsewhere Aureate! – which means to cover metal with gold – looks at the phenomenon of the alarmists, how they create a climate of fear and make a lot of money out of it, and at the same time society lives in a constant state of fear of something.
We Are Ghosts, meanwhile, was inspired by Marx’s Manifesto, “how he saw a spectre haunting Europe and that spectre was the spectre of communism. There’s another argument that there’s also the spectre of religion haunting Europe and there is a tendency at the moment, because people are afraid, to look to religion for hope and the catholic church is gaining political power again with very young people. They see a superstar in the pope which is not a good development, and this song is to remind us that the Enlightenment of Europe wasn’t a crisis, and now all is restored, it was a good thing so don’t forget about the Enlightenment!”
A Burial At Sea, he says, “is about finding a purpose in life but thinking that it is your task in the world and you must follow that task whatever the cost. It’s about the fear of the artist, that you do what you do and follow not something you choose but your mission, but at the risk that no one cares about that. A Burial At Sea, that sound and topic, it came from Moby Dick. Captain Ahab is a fanatic, his task, he thinks, is to kill that whale at all other costs, but the world wouldn’t have been a worse place if that whale existed.”
While Herman Melville was the inspiration for the latter, Angry Young Man sprung from Homer’s The Iliad. “I was trying to come to terms with why so many young men are angry and aggressive and use physical force which is something I cannot abide and the lyrics are based on The Iliad, the first word in The Iliad is ‘wrath’ or ‘anger’ so the first word written down in European history is anger.”

For Konstantin this is where the album ends, and with the closing track We Are The Roman Empire, we have hope after the vexation. “It’s another simple love song,” he says, it’s a choral piece, a child’s song almost.”

On Get Well Soon’s debut album, Konstantin played all the instruments himself. On this one, he first wrote and recorded the songs in his own home studio and then set up in an old classical studio near Heidelberg. “It has these huge rooms intended for orchestral recordings and so it gave the album its big and roomy sound.” Konstantin’s programmed parts were then re-recorded there using his live drummer, pianist plus a string and brass quartet.

The album artwork by Adrian Ghenie titled Pie Fight Study is as striking as the album itself. A Romanian born artist, Ghenie explores the murky corners of European history and the pain of dictatorship out of the absurd. “I saw his painting in an art magazine, I was so fascinated by it, how he over-painted the classic pie sketch film still from The Three Stooges and got something so dark out of that comedy sketch.”

Born in the south of Germany, near Lake Constance, at the foot of the alps, in a small town that even now only has 3000 inhabitants, Konstantin was surrounded by classical music. His father, a music teacher, would play him Bach, Beethoven and Mozart as he was growing up. He had a happy childhood, then at 14, he rebelled, formed his first band Your Garden, then on leaving home he launched Get Well Soon, initially a solo project. He took three years to make his auspicious debut Rest Your Weary Head, which was an intoxicating meld of classical and pop, then he put together a live band, went on the road, came back and then made this, quite simply his masterpiece.
“When I make an album I do what I want and what I like,” he says modestly. We are sure you’ll like it too. 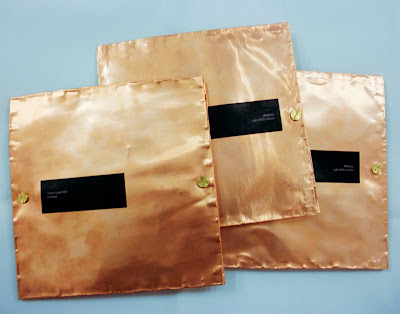 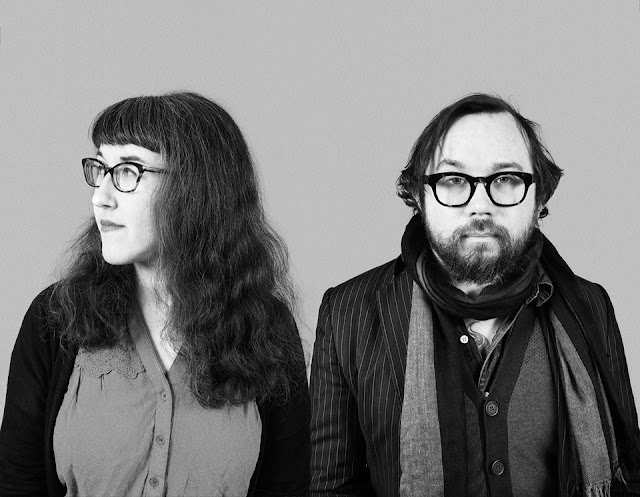